What difference does the coach make? 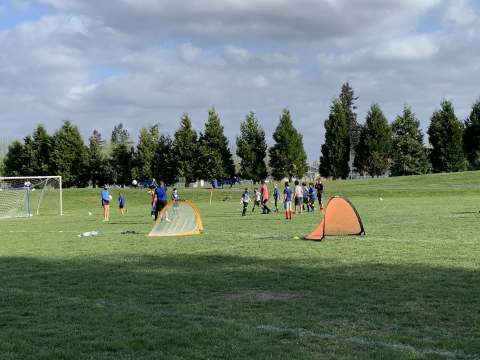 Tonight, I was given the blessing to have about two solid hours of drinking beer and thinking about soccer due to the fact that my friends all bailed on me and left me alone at our local watering hole. I decided that after getting my IPA and wonderful warm soft pretzel with cheese sauce, I would focus on developing a framework to analyze a soccer team playing a game. This was building upon a few assignments I had during my C license course. I broke a team down into three sub-teams and four system states. The three sub-teams are defense, midfield and forwards. The four system states,  are defending, attacking, transitioning to the defense and transitioning to the offense. The states are stolen from the C license course. 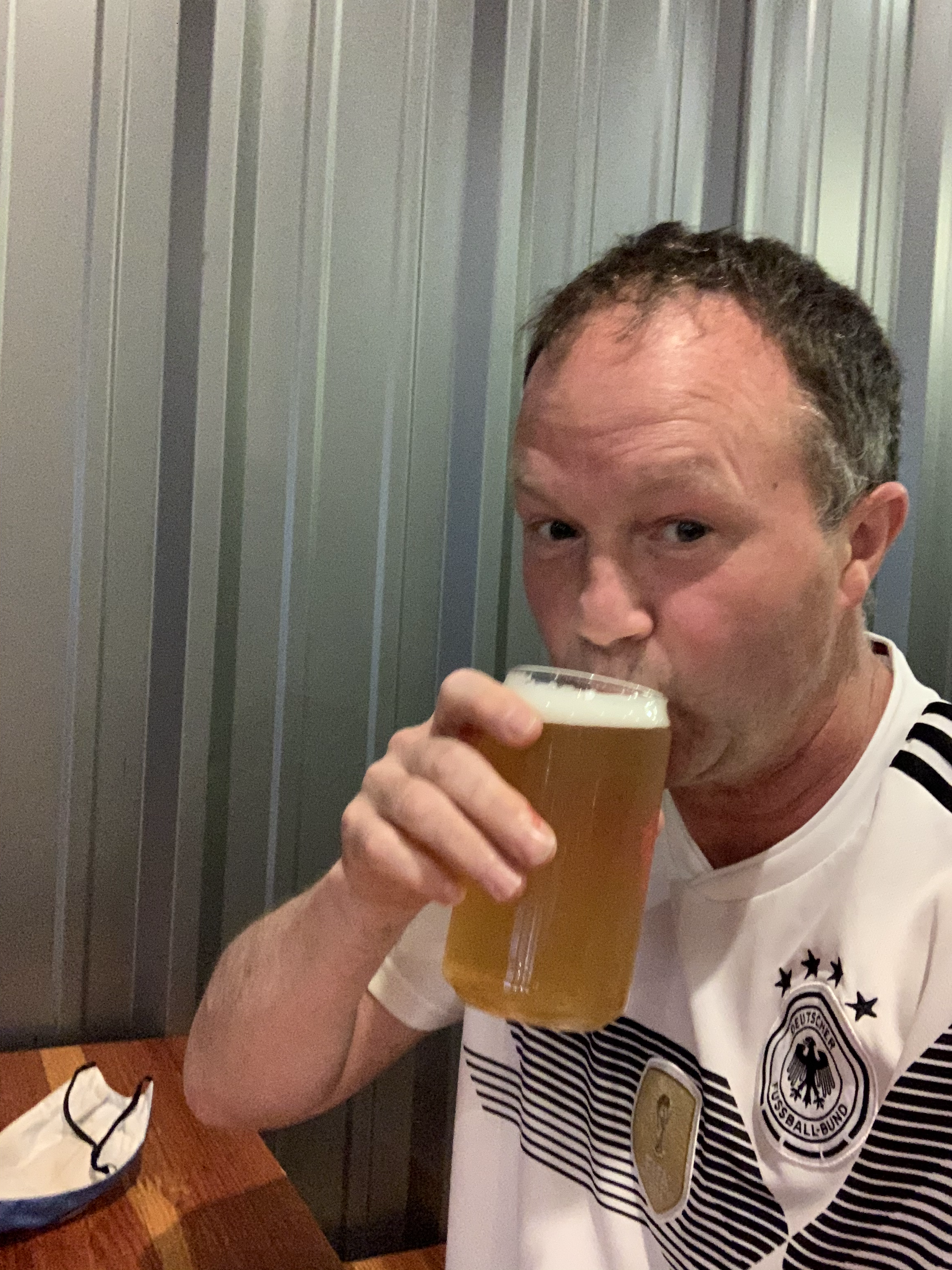 Well, anyways, as I was making progress in developing this framework, I started to watch a Manchester City game and analyzing how the different sub-teams for Manchester played together as sub-teams and a team. It was then that it dawned on me that I have rarely, if ever, really seen a team in person that was so well trained that the sub-teams played together coherently within an overall team system that was unified by a vision of how the team and sub-teams should play. I realized that nearly every soccer team I have seen play has a lose framework within which the players play, but for the most part it is the players that work out on their own how the sub-teams should interact and how those sub-teams should work together as a team in the 4 different system states. Let me clarify what this rambling is getting at.

The sub-team that is mostly likely to operate as a team is the defense. The coach creates a vision of how they should play and puts together drills and training to get them to operate as a sub-team. Frequently this is training them to play a zonal compact defense as a sub-team. Each player knows what the other players should do. Every player can anticipate what the others will due because the coach has articulated what they should do and then trained this through exercises.

Frequently, this is the only truly coherent sub-team. The other two sub-teams are driven by the players. The players collaboratively develop the sub-team’s approach to how they are going to build up on the attack and score goals or pressure and disrupt on the defense. This was a big realization for me as I finished my second beer.

Rarely have I seen a soccer team that practices together enough and has the clarity of the coach’s vision enough as implemented through training to impose a top-down unified vision on how the sub-teams should work together during all four states of football. What is my overwhelming experience is that as the mix of players come together on the field they figure this out through playing and the coaches in the end are developing players to figure out how to best play on their own without a clear vision from the coach. There are numerous reasons why this is true, but in the end rarely does a team have a well articulated and well trained understanding of how the three sub-teams operate in the four states.

So, with this being true, what difference does the coach make in this process if the players in the end are the ones going to figure this out? Good question and as one who spends about 20 hours a week coaching teams and players, I hope I am making some kind of positive difference. Well, this is where I my thinking is now. A good coach should have a clear vision in her mind about how she wants the three sub-teams to operate in the four states. US Soccer would call this the team’s style of play. From there she should decide which of those she is going to train. It is likely not possible for her to train all of those different aspects in a season to a point that the team is effectively reflecting her vision. This means she must pick which are the critical ones she wants to focus on. From there, she has to develop her plan on how to help the players develop the skills and tactical thinking to come up with their own solutions for the other states and sub-teams. Here is the stupid statement for the night. She must realize that different players will play differently, and this will impact how the sub-teams play in the different states especially since the team has not had adequate time to train each sub-team in each state.

And, at this point, Top Run had last call and I left and came home. 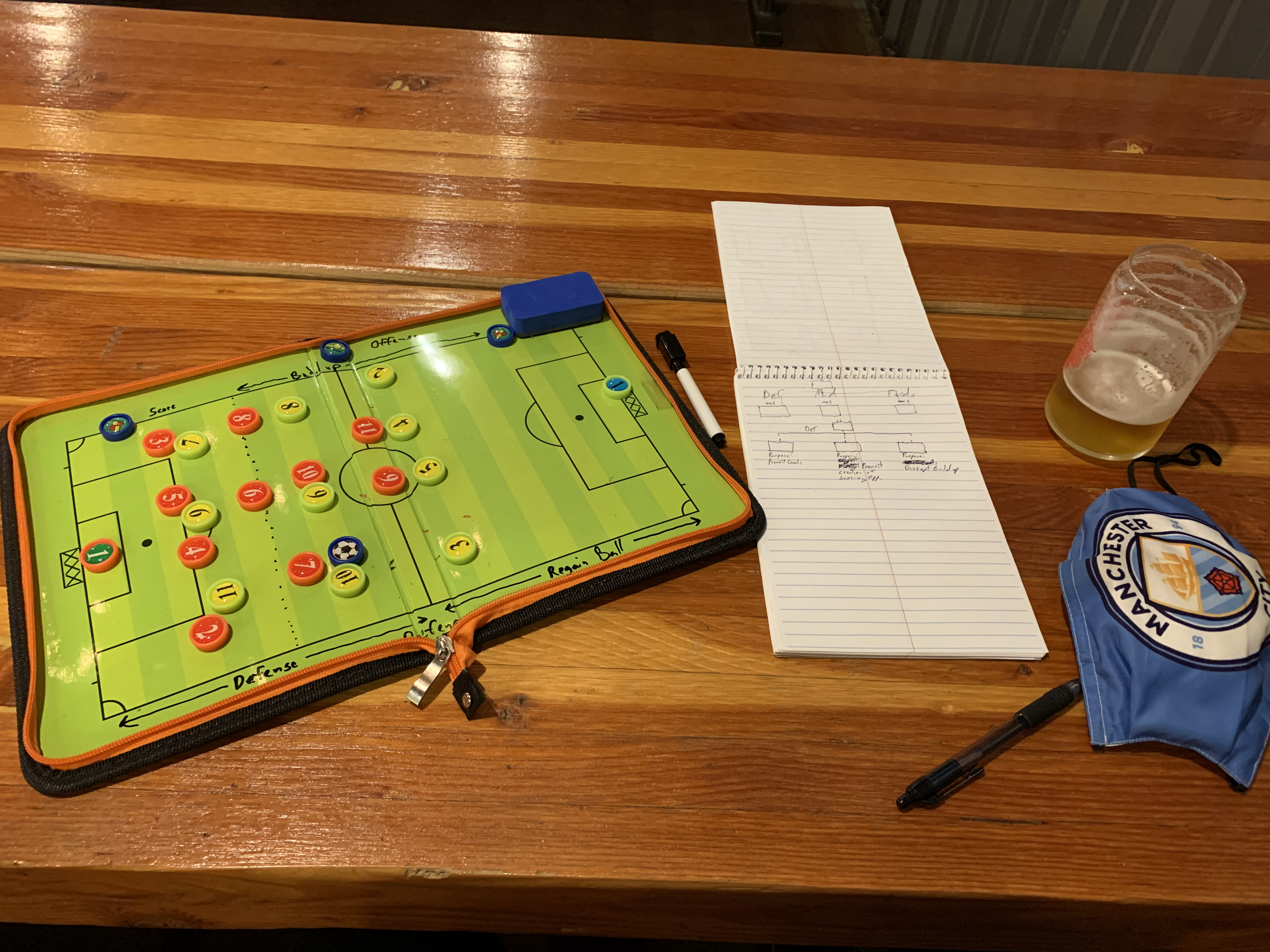