Pantheon is our hosting service. As such, all of our sites are on Pantheon. One of the main advantages of Pantheon over other hosting services is their dashboard. The dashboard uses a graphic interface to enable you to interact with our sites. For each site there are at least three environments that are connect; dev, test, live.

The dev environment is where we do our "draft" or development work. We test out ideas to make sure they work correctly. If the ideas are code driven and they work we push them to test and then to live. If they are database changes we have to manually reconstruct them in live. We could also re-construct them in test, but normally we will skip that and make them in live as long as they are just database changes.

Test is a replicate of live with the code changes that were made in dev that have been pushed to live. If everything looks and operates as it should in test it will operate on live just fine. We normally do not do any work in test. It is just a pass through between dev and live.

The site that the world sees and is connected to the domain name is called "Live". The environment we work on is called "Dev". Dev is derived from Live where we do a lot of our work. Once we are ready for the site to go live, we push it to "Test". Test is where we push our code changes that we were working on in dev to test to make sure what when we eventually push it to live we know it will act the way we want it to act with no surprises. Once all is good in test we can then push it to live and the world will see it.

To better understand how Pantheon helps us manage a Drupal website it is helpful to understand how a Drupal website works. Drupal is built on the components; code, database and file. The code controls the functionality and appearance of the site. The database controls the content and structure of the site like content types, views, taxonomy terms, etc. Files are where files like pdfs, word, ppt, etc are kept alongside images. 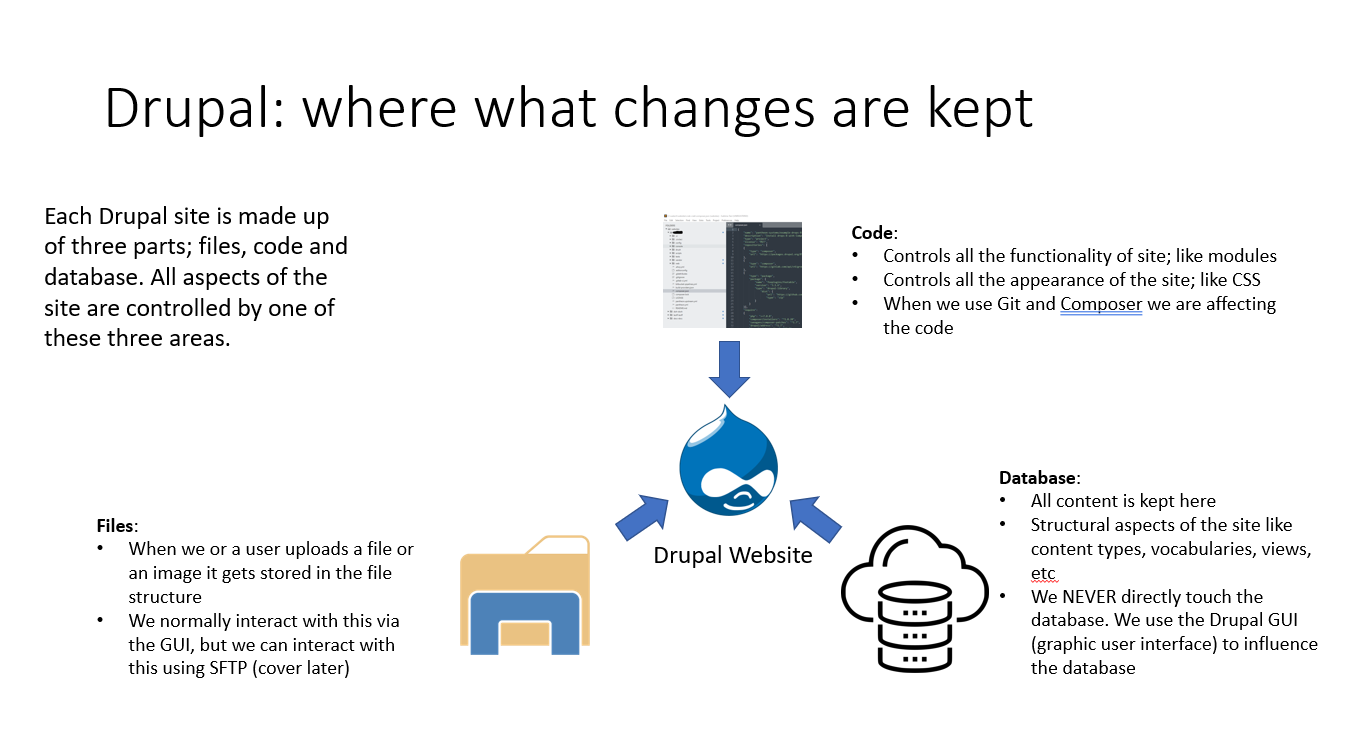 Pantheon helps us control the flow of code up to Live from Dev and the flow of content and structure from live to dev. It is absolutely critical to understand we do not clone files and database from dev to live. When you do this you would overwrite any changes of content or structure that had been made by users on live with whatever is in dev. 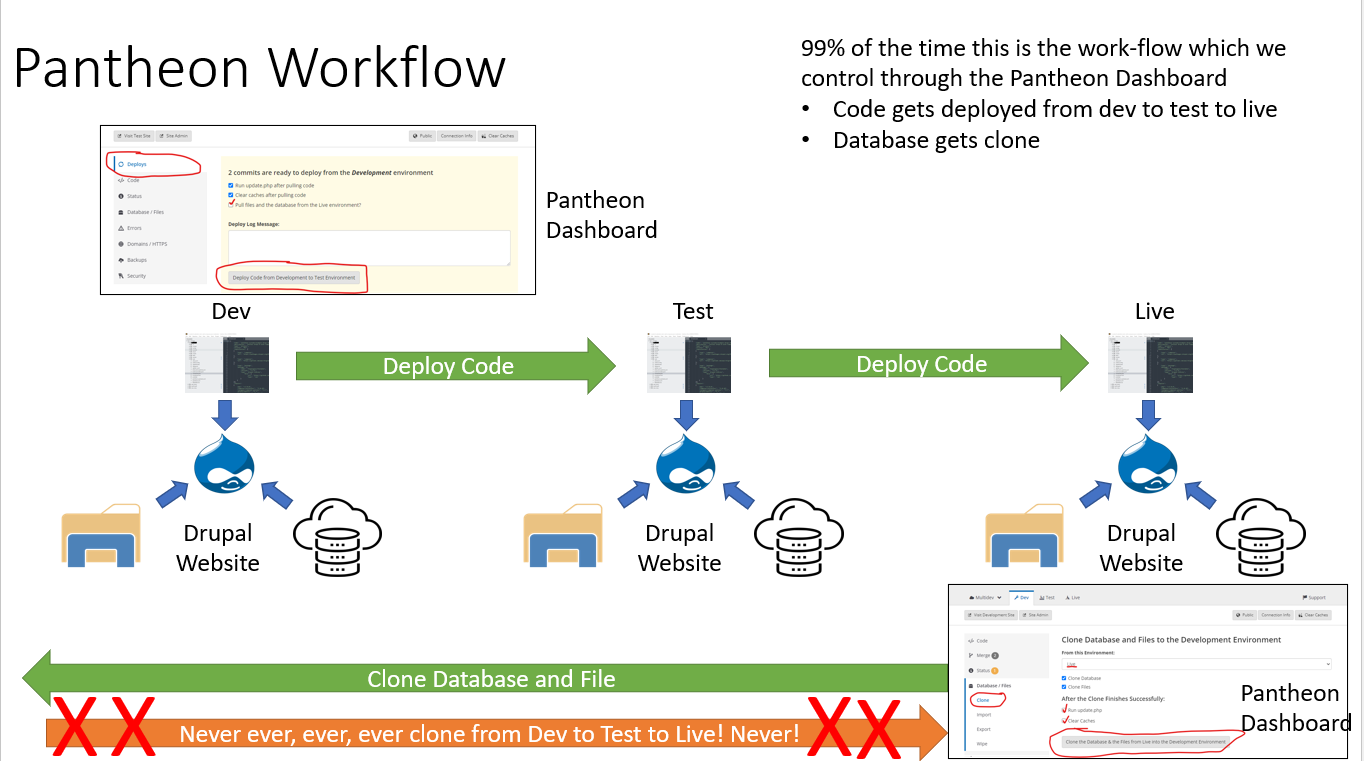 When you watch this video keep in mind it is about 7 years old and there have been some significant changes in the Pantheon Dashboard. With that said, the basic concepts are the same. Here is a screenshot of what the current Pantheon Dashboard looks like.

In the following video she will walk us through the three environments we just discussed. In her video she is walking us through a site she is creating with us and as such she "clones" the site from Dev to Test to Live. For the most part, this only happens when the site is created. The basic rule you should take away from this is NEVER EVER "clone" from dev to test to live once the site is running. We can talk about this later in person, but we do not not not not clone from dev to test to live because cloning includes database changes. When she talks about "deploying" that is good. That is what we do. When we make changes to the code it is the deploy function that pushes it up to live and impacts the site the world sees.