Summer season begins! The focus of this week's practice at Rainier Vista 4 is getting to know your. Get to know all the players and how the team plays. We will follow the framework of Play-Practice-Play. The teams we have are Bumblebees (BU8), Dragons (BU9), Tigers (BU10) and Bears and Pumas ( BU11).

From a tactical focus we are helping the players understand how to play on a bigger team. Nearly all the players are playing within a formation that is larger than they are used to. From Bumblebees to Pumas it is important that the players learn how to play as part of a team and formation. 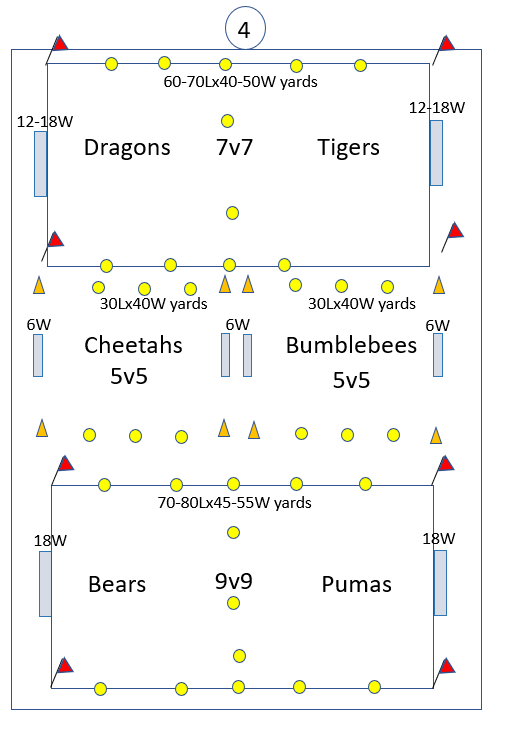 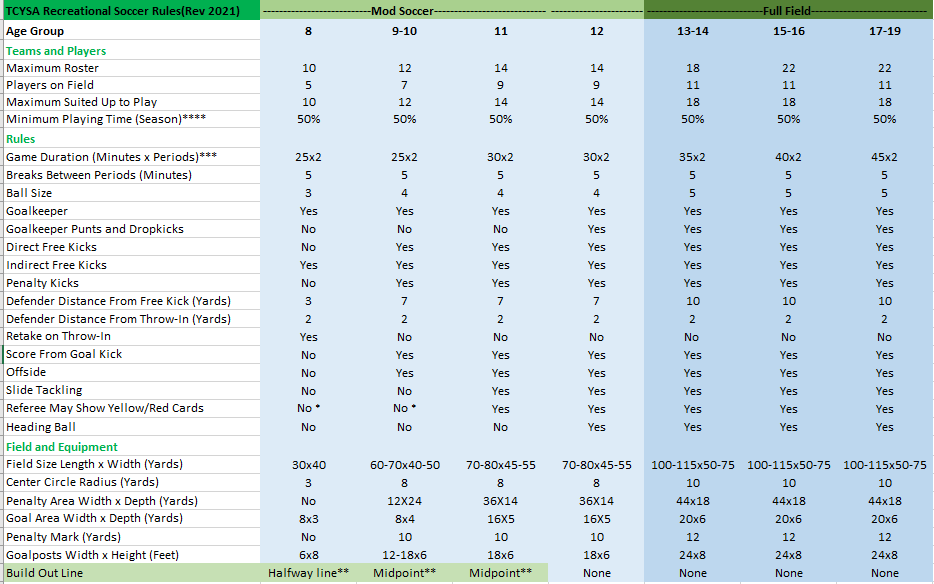 My initial thoughts on formations are:

Bumblebees play 2-2-1. This helps them begin to learn the basic roles of defenders, midfielders and forwards.

Dragons and Tigers play 2-3-1. They build on their knowledge of defenders, midfielders and forwards and learn how to work as a defensive sub-team with two centerbacks. This is the first defensive building block of there learning.

Bears and Pumas play 3-3-2. This formation helps develop the defenders ability to operate as part of a defensive unit and due to the size of the field and number of players there is a distinctive build up phase to the attack. This formation sets the learning environment learning how to operate as a defensive unit, build-up as a team and then create scoring opportunities.

Small sided games on the teams normal fields. If more than six players come coaches should consider running two small sided games as the purpose of this exercise is to get the players as many touches as possible in a game like situation. Sam will provide the pugs.

Each team is free to run their own practice session in order to better know their team. Going over the basics of trapping, passing or shooting is not a bad option. Don't take on too much. Make sure the players are not wasting time standing in lines. We want them to get lots of touches on the ball. Also, remember that players learn through their eyes and not their ears. Show them what right looks like.

Coaches will focus on getting the players to play their roles within the designated formation.