The Rage will have their own Derby on 10 April 2021 at Lakepointe Park in Lacey field one and two. A derby (in the English Premier League) is a game between two teams from the same local area. One of the modern premier derbies is the derby between Manchester City and Manchester United. We are running our own derby between the Mini-Rage teams. It is pronounced Darby. Not sure why the English pronounce it so, but they do. 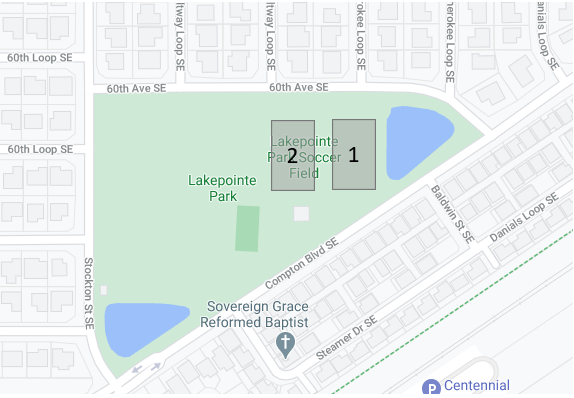 Please wear our regular Rage jerseys and we will provide pennies for the teams. Of course continue to wear shin guards with socks covering them and no jewelry.

We are asking for a donation of $5 a player. We know that times are tough for some people so if now is not a good time don't worry about it. I will not track who pays or does not pay. This money will go to pay for the fields, some snacks and a new game ball for the winning team. If you want to provide the donation please give it to the player's High School coach on game day. I will get it from the coaches. Thank you.

It was a beautiful day of soccer. The weather was good and the games were great. The boys had a great time and at moments played some really beautiful soccer.

After being tied with six points each at the end of regular games, the Lions and the Pumas faced off in a 20 minute golden goal final. After approximately 15 minutes of aggressive Lion attacking and great Puma defense and goal tending the Lions finally scored after a nice cross and left foot shot to win the day. 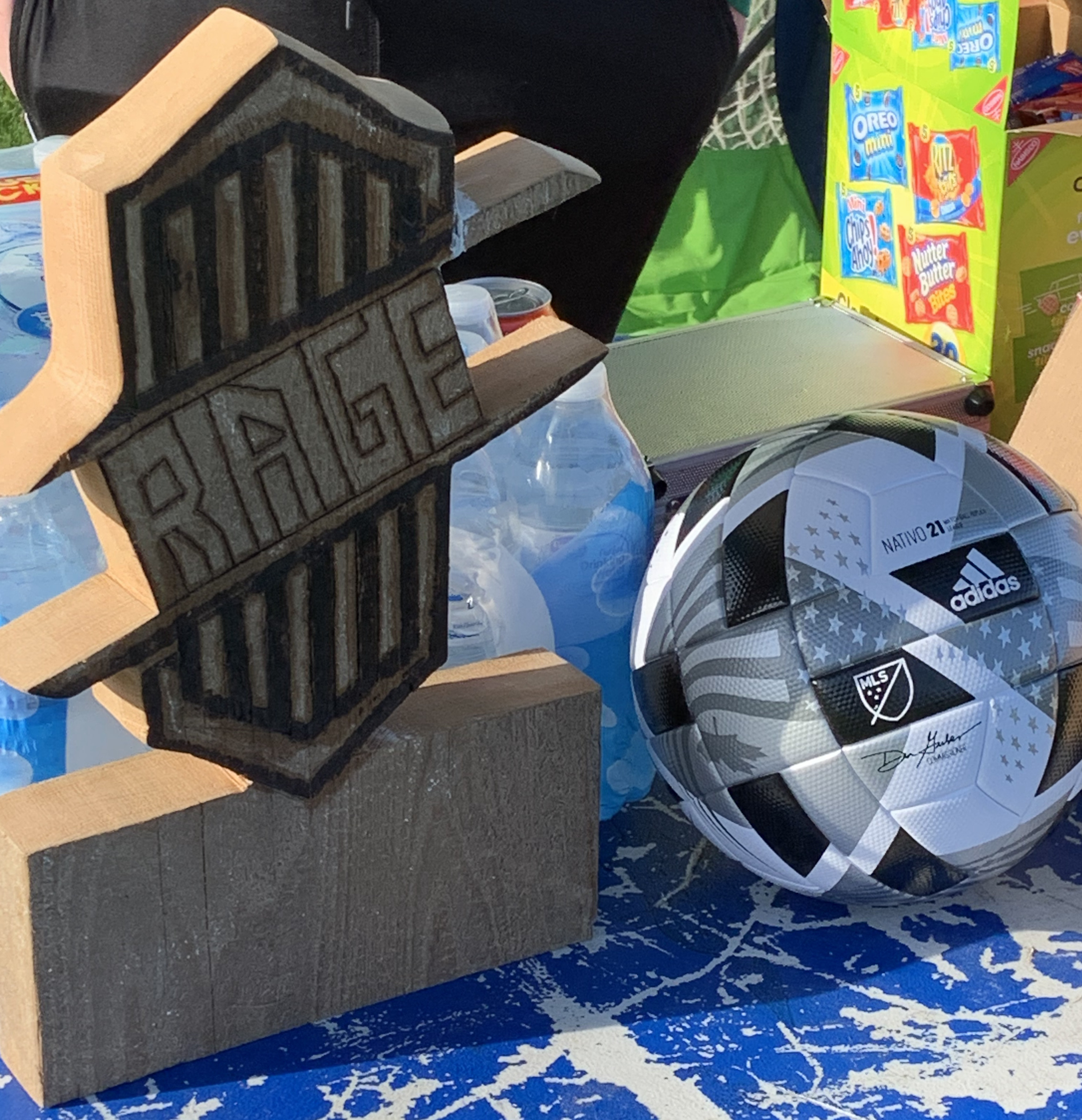 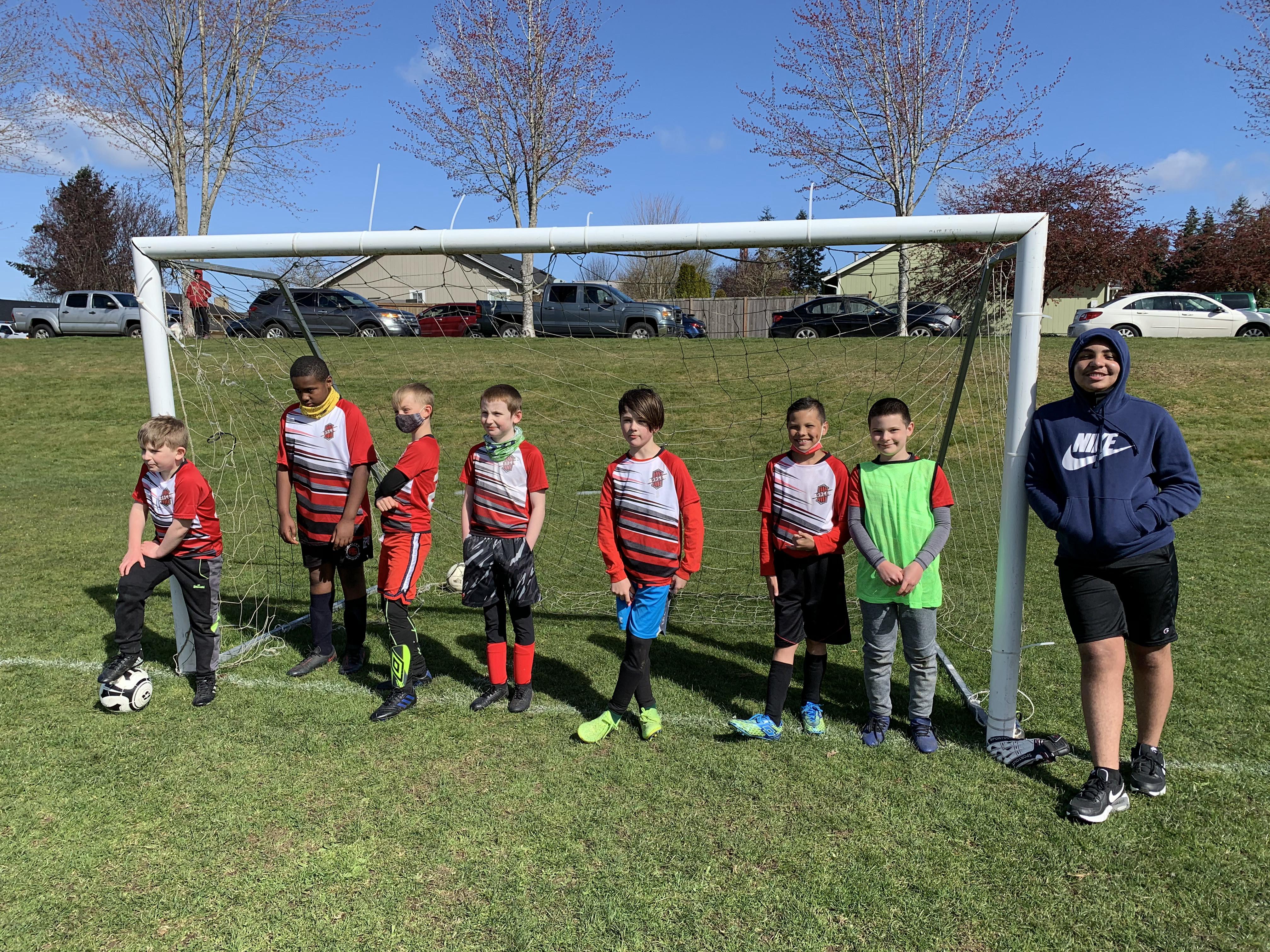 Like many kids you can tall the Tigers love posing for pictures. 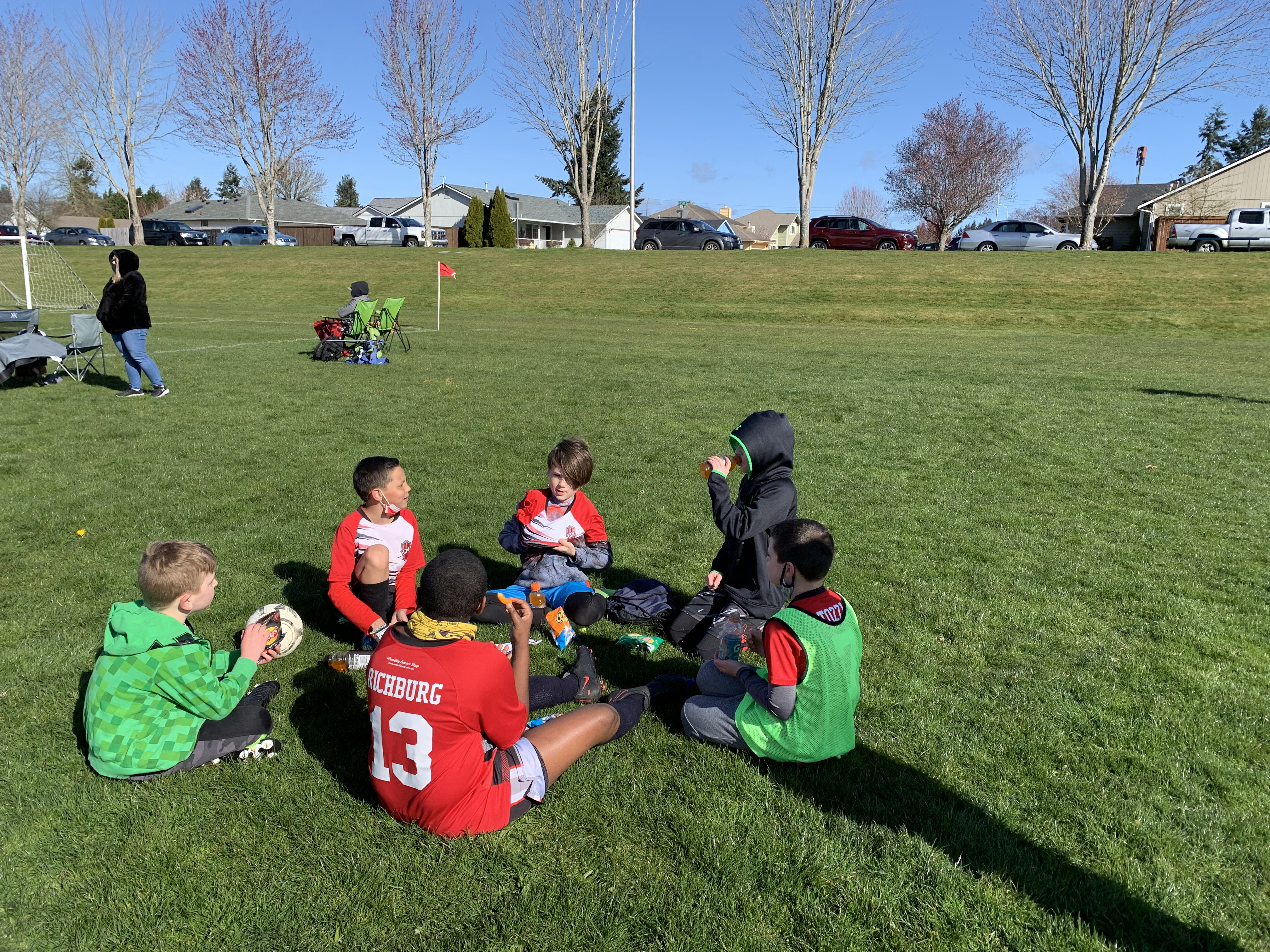 For many of the kids I am pretty convinced the snacks were one of the best parts of the Derby. The Tigers really enjoyed the food, drink and company between games. 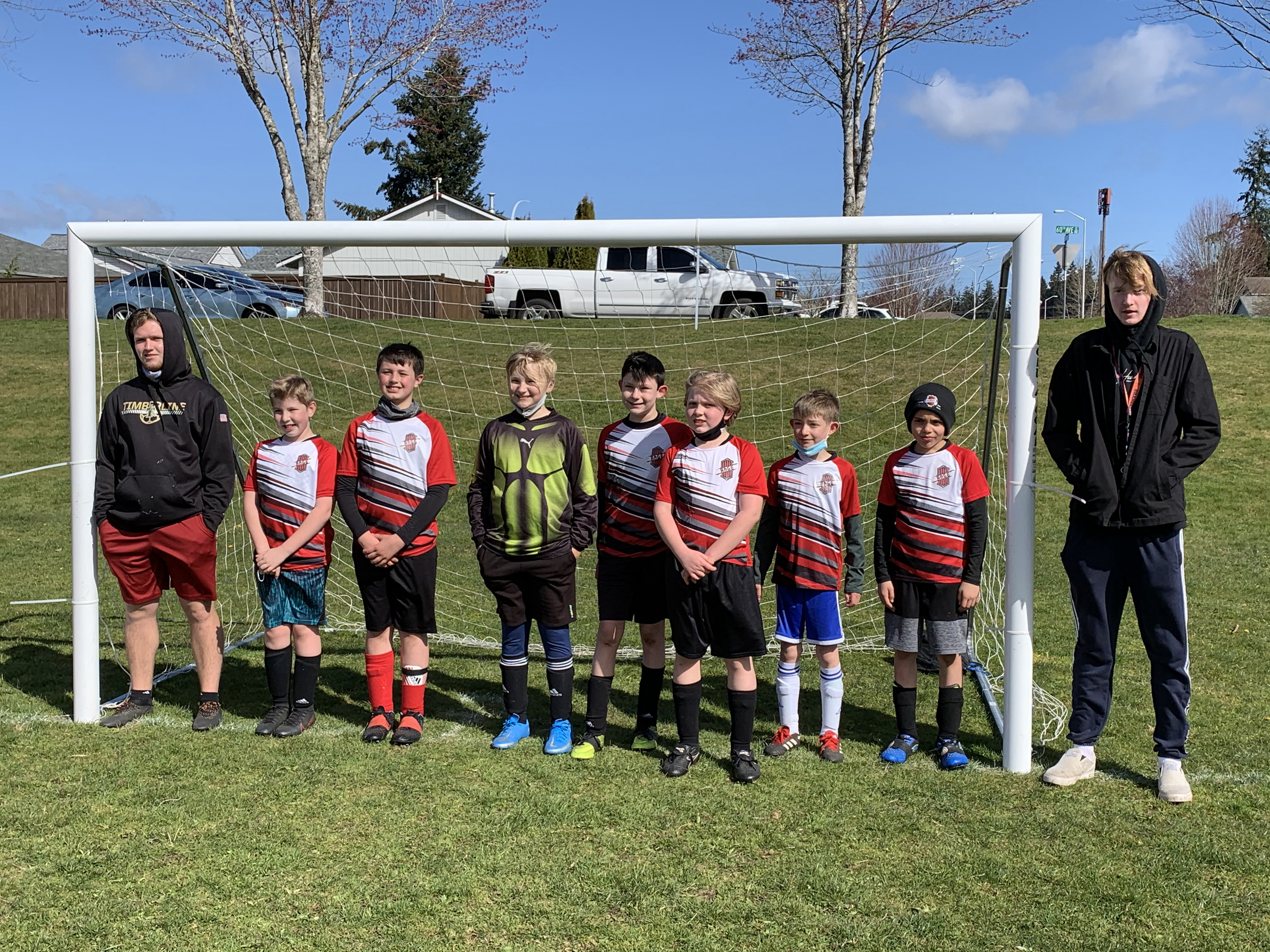 The Pumas enjoy getting their picture taken as much as everyone else. 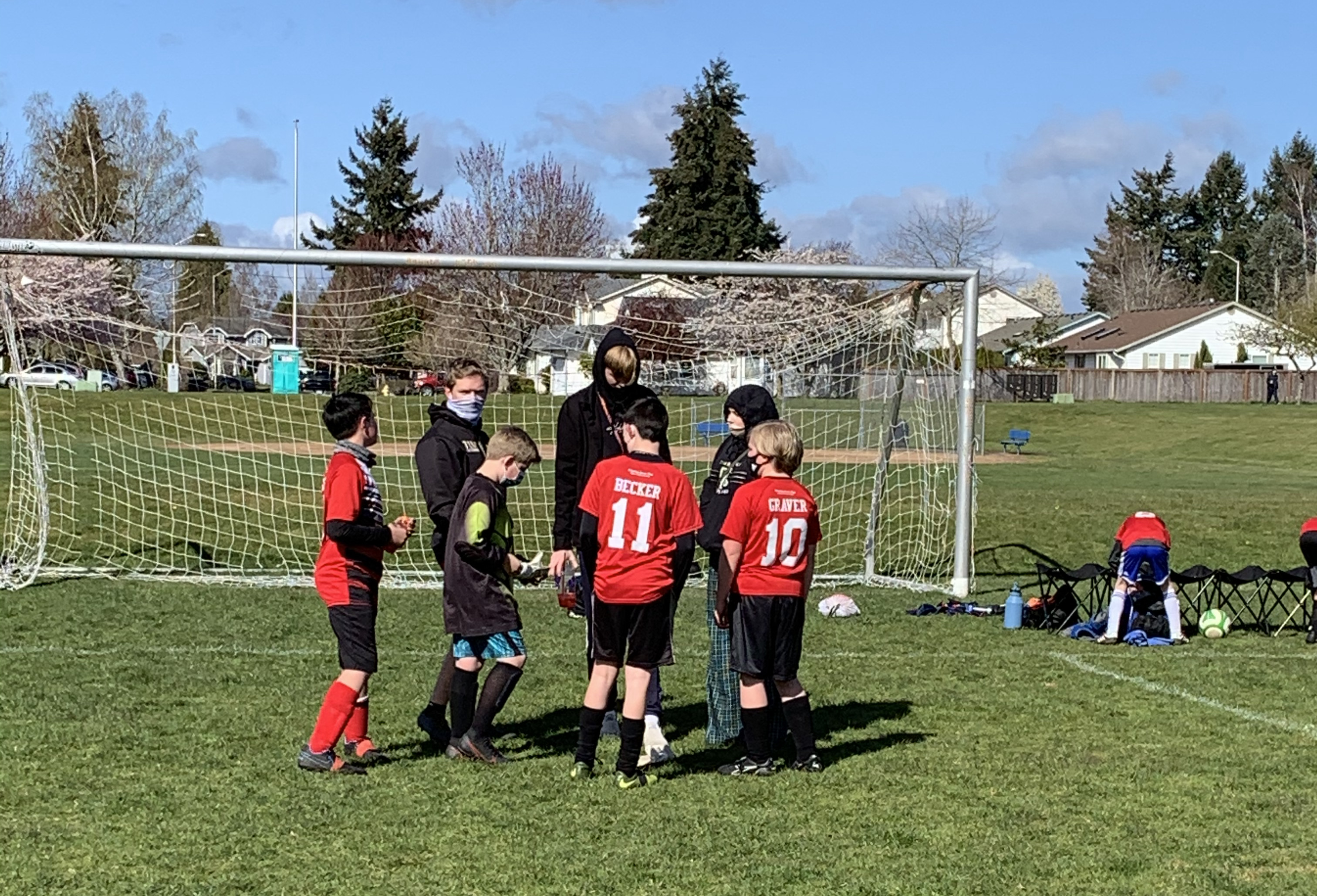 The Pumas huddling between games to make adjustments to prepare for the next game. 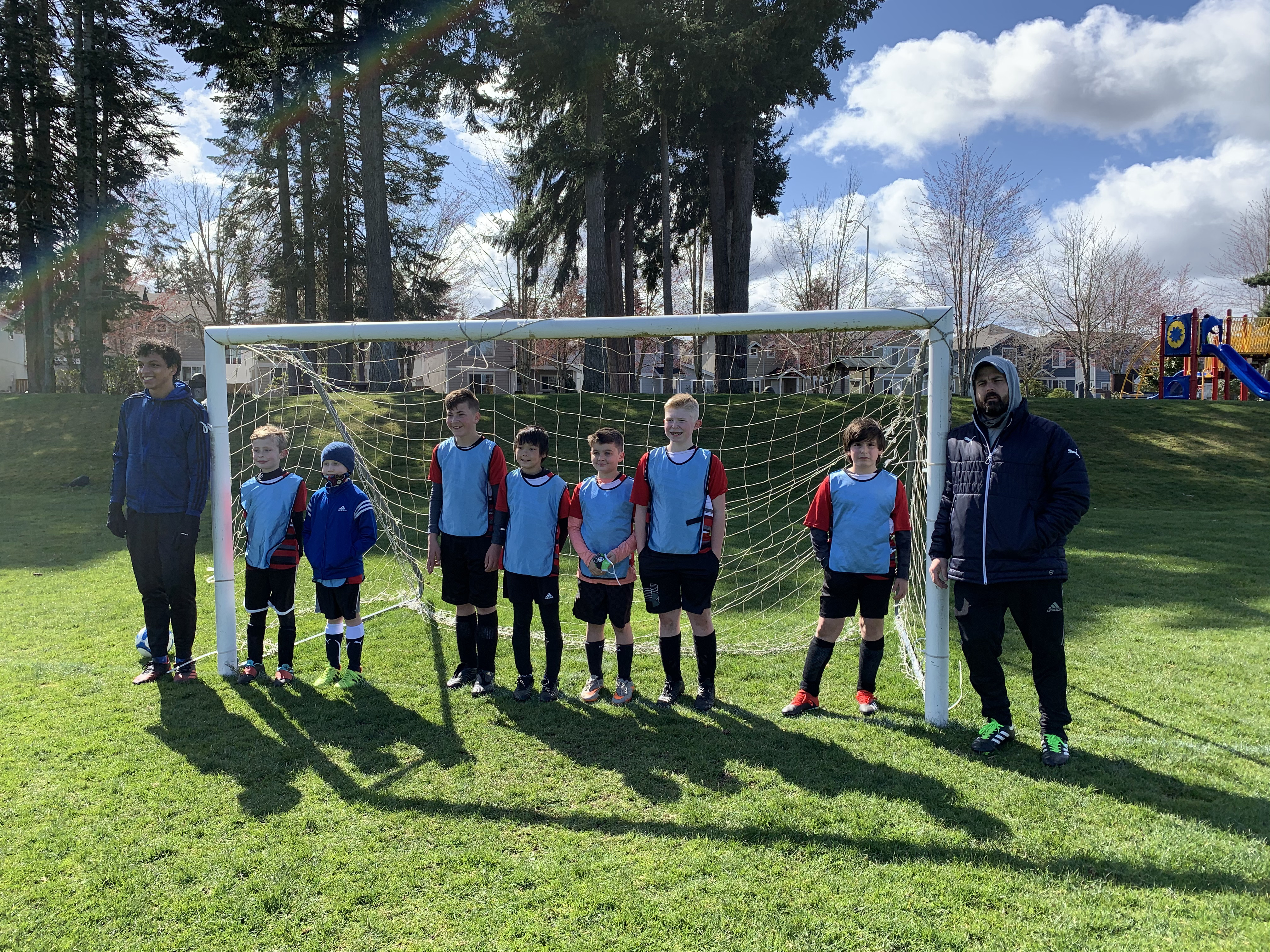 The Bears with their beautiful Manchester City blue pennies. 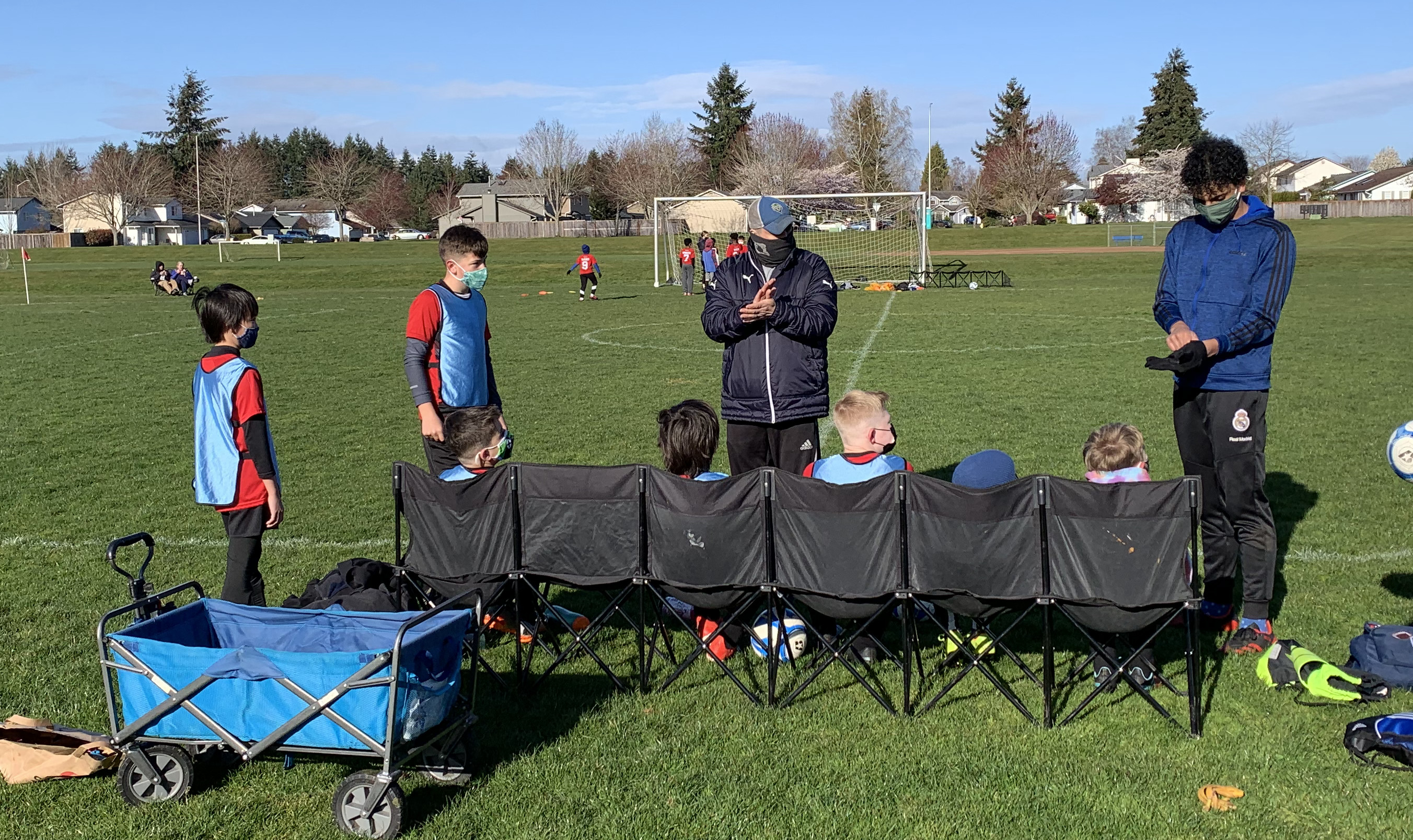 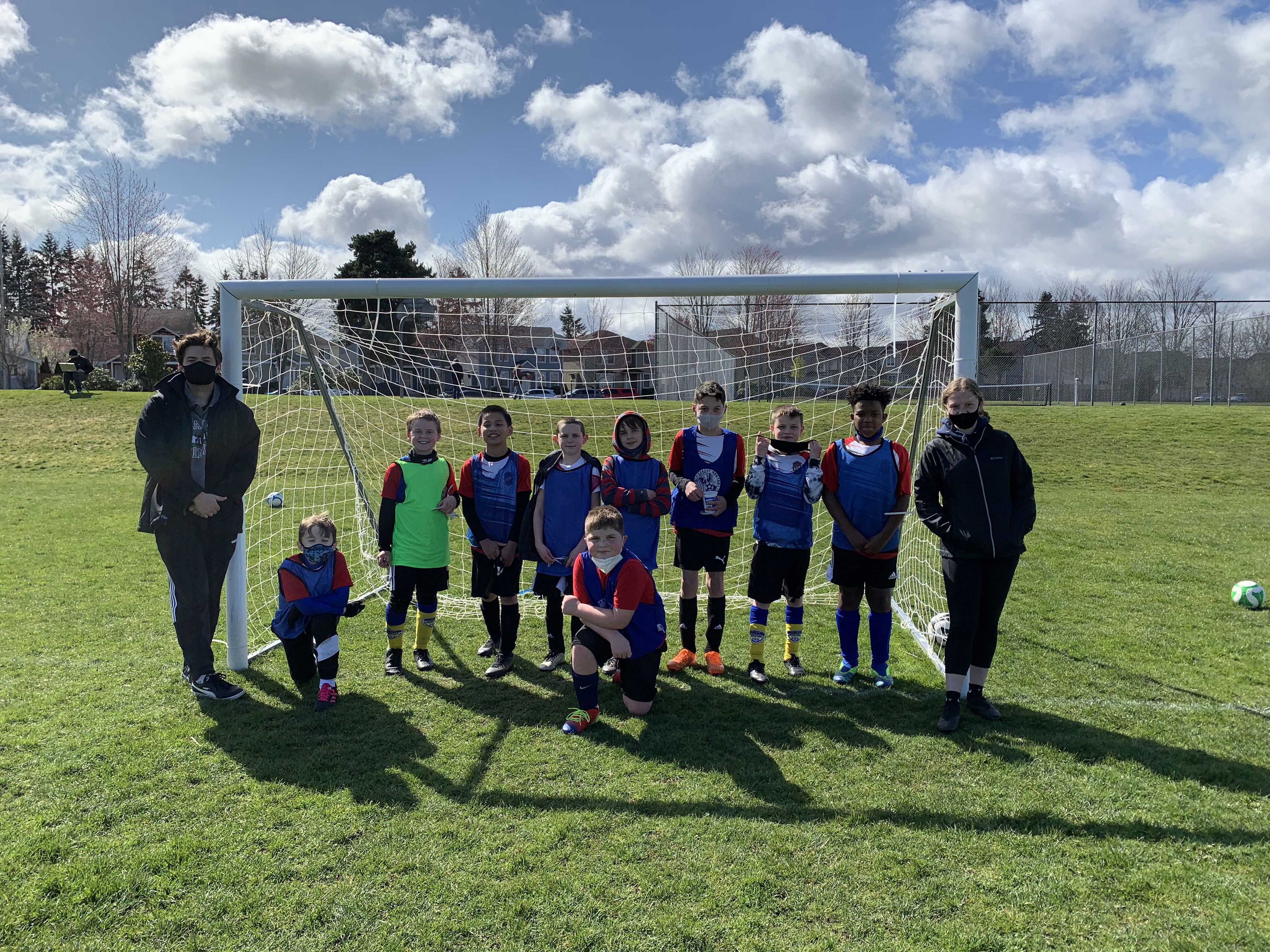 By this point in the day the Lions are starting to get into full swing and it is starting to show in their faces.

The Lions warming up and getting ready to make their run to the top.

After a great morning of soccer the Lions walked away with the trophy and ball. The teams all did great and any of the teams could have come out on top. It was a great golden goal game to finish it between the Lions (here in blue) and the Pumas. It went down to nearly the last minute. 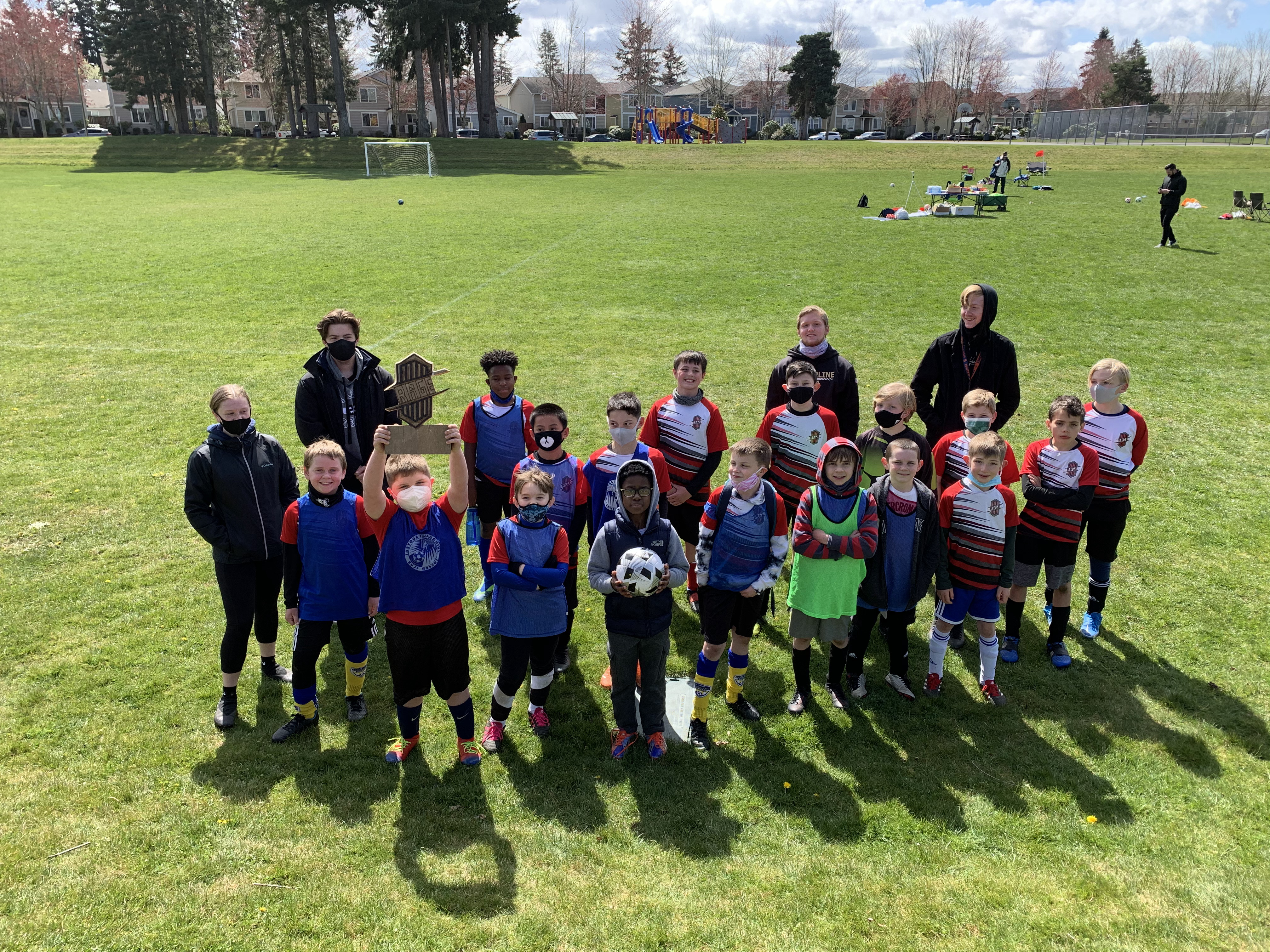